Last October, Air Arabia launched their year-round service directly from Copenhagen and Stockholm to Agadir, with two weekly frequencies from both cities. Ever since, the Middle Eastern airline has been promoting their services in Scandinavia. 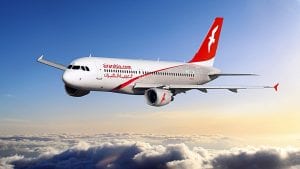 Known as the â€œpearl of the South”, the Moroccan city of Agadir is famous for its ten kilometers of â€œgolden sand beach”, 300 days of sunshine a year, and some of Morocco’s best sights-

Now, Air Arabia, which is the largest low-cost carrier in the Middle East and North Africa, are increasing their efforts in promoting the new Scandinavian connections as they have teamed up with Atlantic Link.

The main purpose of the new collaboration is to increase awareness of Air Arabia’s services from Copenhagen and Stockholm as well as to highlight all the things that await in the city of Agadir.