Three pilot unions in Air France haveÂ  announced another 4 days ofÂ strike action in early May (on 3 and 4 May, then 7 and 8 May), deliberately ignoring the staff consultation launched thursday 26th of april and following the extreme positions of some of these unions’ leaders. 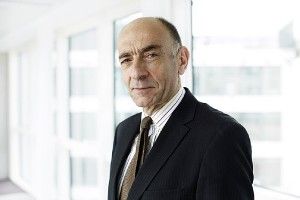 By making this decision to launch additional strikes, bringing the total number of days of strike action to 15, they are choosing to put the company’s economic situation even more at risk and further increase the risk of deeply damaging our customers’ trust and loyalty.

This new strike notice, which comes at a time when Air France staff are being asked to express their opinion, is not only incomprehensible but clearly indicates the contempt that these union members have of employees’ opinions.

AsÂ  until Friday 4 May 2018 at 6pm, Air France staff can vote on the proposed pay agreement and make their voices heard to end the conflict.

-Â I would once again like to apologize to all our customers affected by these strikes which are all the more incomprehensible as the staff consultation on the proposed pay agreement has been open since this morning. I have complete faith in the desire of Air France staff to put an end to this destructive situation for our airline” said Air France Chairman Jean-Marc Janaillac.