Latvian airline airBaltic welcomed its 1 500th employee this week. The newest member of the airBaltic team will be working as a technician taking care of aircraft technical maintenance. 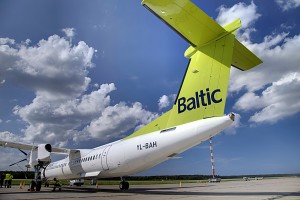 – We are delighted to announce that we have reached our highest employee mark in the 23-year history of the airline. I am proud to work with a strong, dedicated team of 1Â 500 professionals.”

– airBalticÂ is already among the largest and most coveted employers in Latvia. With the fleet modernization and further growth under the business planÂ Destination 2025Â our operations will grow and naturally we will continue to seek more talented and motivated individuals for our team, Martin Gauss adds.

The Latvian airlineÂ airBalticÂ is planning to recruit over 1 000 highly educated professionals over the next few years, especially those working as cabin crew, pilots and technicians. In 2017 aloneÂ airBalticÂ has employed 400 new professionals.

Her er steinspruten verst i Norge