Atlantic Airways andÂ AirbusÂ haveÂ signed a memorandum of understandingÂ on the purchase of an Airbus 320Â to be delivered in lateÂ 2016.Â The final agreement will be signed in June. 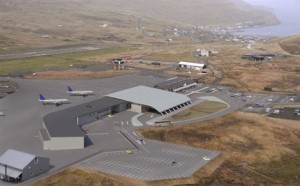 Atlantic Airways plans to purchase a new aircraftÂ of the type Airbus 320. The Faroese carrier and the European aircraft manufacturer Airbus have signedÂ a memorandum of understanding, in which they have agreed on guidelinesÂ for the purchase of theÂ aircraft.Â The purchasing price will not be made public.

According to the plan, Airbus will deliver theÂ aircraft in late 2016. Atlantic Airways is takingÂ steps to buy theÂ largerÂ aircraftdue to the increasing demand on the route between the Faroes and Copenhagen. The newÂ craftÂ will primarily serve this route.

Airbus 320Â is planned to have 168 seats,Â 24 more than the Airbus 319, which has aÂ capacity of 144 passengers.Â Currently, there are threeÂ Airbus 319 in Atlantic Airways’Â fleet,Â one of which the company owns while it leases the otherÂ two.Â The leasing contracts for the two aircrafts expireÂ in September 2016. The company plans to extend one of these contracts to secure sufficient capacity until the new aircraftÂ has been acquired and whileÂ the new NORTH routes are being built up.

Until the fall of 2016, Atlantic Airways has opted to serve the NORTH routes with Airbus 319s. In this trial period the company will determine whether it is feasible to acquire a smaller plane to serve these routes. The company is still researching what type ofÂ aircraftÂ is ideal for the NORTH routes.

In summary, within the next few years, Atlantic Airways plans to have a fleet consisting of an Airbus 320, an Airbus 319 and an aircraftÂ suited for the NORTH routes.

The newÂ aircraft, just as the company’s A 319, will be equipped with Airbus’ advanced navigation technology,Â RNP AR 0.1,Â which so far has resulted in a marked increase in regularityÂ and soÂ reducing delays.Â This isÂ aÂ GPS based technology, which Atlantic AirwaysÂ hasÂ combined with the ILS systemsÂ commonly used byairports. Combined,Â thisÂ proves to be a very accurateÂ navigation toolÂ for both arrivals and departures.

The Faroese carrier has so far adapted RNP AR 0.1 to Vagar Airport’s ILS system, making it the first airport in the world to use the new technology.Â With this Atlantic Airways’ three Airbus planes are able to approach Vagar AirportÂ at a lower altitude and lessÂ visibility than ever before.Â