As the back to work blues set in, British Airways is turning up the heat at Gatwick as summer 2018 is set to be the airline’s biggest schedule in almost a decade. 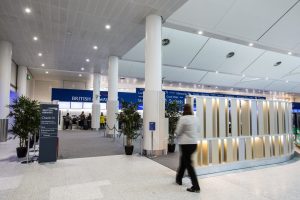 In summer 2017 British AirwaysÂ  operated around 1000 flights a week at its peak. Â More than 150 additional weekly flights will take to the skies this summer* following the airline’s successful acquisition of Monarch’s take-off and landing slots.

Weekly flights to Malaga will be boosted from 27 to 35, Alicante from 14 to 22 and Faro from 17 to 21, while the airline’s summer flights to Tenerife will increase from six per week to 13, Madeira will be bolstered from six to nine per week and Lanzarote will rise from three to five flights per week at the Sussex based hub. 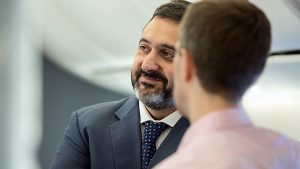 Alex Cruz (Chairman and CEO) during a special flight on a 787-9 to announce new Club World products, the opening of First Wing, London Gatwick and Boston Lounges with media and social media influencers between London Gatwick and Heathrow. (Picture by Nick Morrish/British Airways)

– We are delighted to be able to further grow our presence at Gatwick by adding extra frequencies and improving our timetable. We are also introducing several new destinations to the Gatwick programme, including Palma (Majorca), Mahon (Menorca) and Gibraltar. Â These exciting new routes give our customers even more choice of destinations at competitively low prices.

-Â Over the last five years our operation at Gatwick has seen 40 per cent more customers travelling, with passenger numbers increasing from 4.4 million to 6.2 million. According to CAA figures we are the mostÂ punctual of the three big short-haul carriers flying from London: at the 15-minute level and at Gatwick we outperformed easyJet’s punctuality by 13 percentage points and Ryanair’s by nine percentage points in 2017.

– We’ve also increased the number of routes we serve by more than 50 per cent; in 2012 we flew to 48 different destinations, whereas now we serve 74. This undoubtedly highlights our commitment and focus to growing our Gatwick operation.” 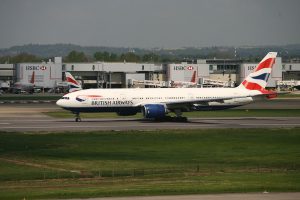 A 777 aircraft on the runway at Gatwick Airport (Photo by: Nick Morrish/British Airways)

Those looking to beat the back to work blues sooner and hit the slopes or chase the sun this winter will now have even more choice, as over the Christmas period the airline added more than 40,000 further seats to the schedule for February and March. An additional 400 flights will operate between February 9 and March 24 meaning more low fares are available, even around peak periods.

Return fares from as low as Â£69 to ski hubs such as Geneva, Turin and Grenoble are available. A family of four could jet off to some of Europe’s top ski resorts for just Â£250 ** based on return fares. Lead in return fares to Malaga start from Â£76 and Tenerife and Lanzarote from Â£106 for travel dates up to March 19.

As well as the extension to the short-haul network, British Airways has already introduced more long-haul destinations to Gatwick next summer with the arrival of Toronto and Las Vegas, joining Oakland and Fort Lauderdale which commenced last summer.

British Airways’ January Sale is currently running until midnight on January 30, with the airline dropping prices by up to 20 per cent in World Traveller, World Traveller Plus, Club World and Club Europe. Return fares to Oakland in San Francisco Bay from Gatwick are available for Â£378 per person. 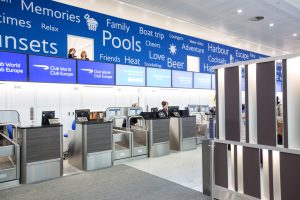