Ryanair has Â lodged competition complaints with the German Bundeskartellamt and the European Commission regarding the obvious conspiracy playing out in Germany between the German Government, Lufthansa and Air Berlin to carve up Air Berlin’s assets, while excluding major competitors and ignoring both EU competition and State Aid rules. 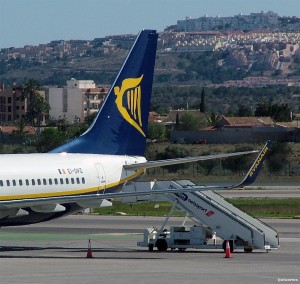 Given the fact that the German Government is centrally involved in these manoeuvres, the Bundeskartellamt is likely to struggle to get out of bed. On this basis, and bearing in mind the scale of the market shares and the European implications involved, it is all the more important that the European Commission takes immediate and decisive action.

This manufactured insolvency is clearly being set up to allow Lufthansa to take over a debt-free Air Berlin which will be in breach of all known German and EU competition rules.

Now even the German Government is supporting this Lufthansa-led monopoly with â‚¬150m of State Aid so that Lufthansa can acquire Air Berlin and drive domestic air fares in Germany even higher than they already are. German customers / visitors will suffer higher air fares to pay for this Lufthansa monopoly.