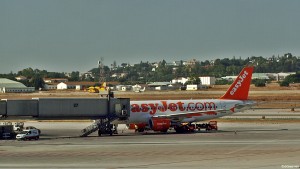 Investing in number one and number two positions

Â·Â Â Â Â Â Capacity grew by 8.5% to over 86.7 million seats, as easyJet continued its strategy of purposeful investment with a focus on number one and two market positions atÂ Europe’sÂ leading airports

Â·Â Â Â Â Â Dividend proposed ofÂ 40.9 penceÂ per share, in line with the Company’s increased payout policy of 50% of headline profit after tax. The dividend is expected to be paid on 23 March 2018, with a record date on 2 March 2018, subject to shareholder approval at the Annual General Meeting.

Â·Â Â Â Â Â In October easyJet announced an agreement to acquire part of Air Berlin’s operations at Berlin Tegel airport for a purchase consideration ofÂ â‚¬40 million, subject to antitrust and regulatory approvals. The acquisition, which is expected to close in December 2017, will result in easyjet entering into leases for up to 25 A320 aircraft, offering employment to up to 1,000 former Air Berlin crews and taking over other assets including slots. The purchase priceÂ excludes start-up and transitional operating costs

Â·Â Â Â Â Â Based on current assumptions, easyJet expects to incur headline losses of aroundÂ Â£60 millionÂ on its activities at Tegel in 2018 financial year, as it starts up operations in January 2018 using wet lease aircraft with initially lower loads and yields. In addition, one-off non-headline costs associated with the transaction are expected in the 2018 financial year of aroundÂ Â£100 million. These costs represent the parallel ramp up of a dry lease operation, including fleet conversion and staff recruitment and training costs, as well as transaction costs

Â·Â Â Â Â Â easyJet will continue its strategy of purposeful investment to drive profitable growth to secure leading positions at primary airports, increasing returns over the long-term. easyJet plans to grow capacity by around 6% for the 2018 financial year, excluding any prospective Air Berlin capacity

On 10 November 2017 the Board announced the appointment of Johan Lundgren as its new CEO as replacement to Carolyn McCall. Johan was previously Group Deputy Chief Executive Officer of TUI Group. He will be joining the Company on 1 December 2017, with Carolyn stepping down on 30 November.

* see note 1 to the accounts

– easyJet delivered a robust performance during a difficult year for the aviation industry, flying a record 80 million passengers at our highest ever annual load factor of 92.6% whilst growing capacity by 8.5% and revenues by over 8.1% to more thanÂ Â£5 billion.

– Our planned approach of achieving number one or two positions atÂ Europe’sÂ leading airports, friendly and efficient customer service and a continuous focus on sustainable cost control has put easyJet at a strategic advantage during a period when there have been bankruptcies and some airlines have struggled operationally. Â easyJet’s model is resilient and sustainable and we now have a huge amount of positive momentum which will enable the airline to continue to grow profitably.

– On a personal note, this will be my final set of results as CEO and I would like to thank all of easyJet’s people who have contributed so much to easyJet’s success story.Â  I wish them all the very best for the future.”