easyJet has announced that it has reached a key milestone in its ambition to attract 20% of new pilots joining the airline to be women by 2020, having achieved a new high of 15% of new entrants to the airline being female, over the past financial year. 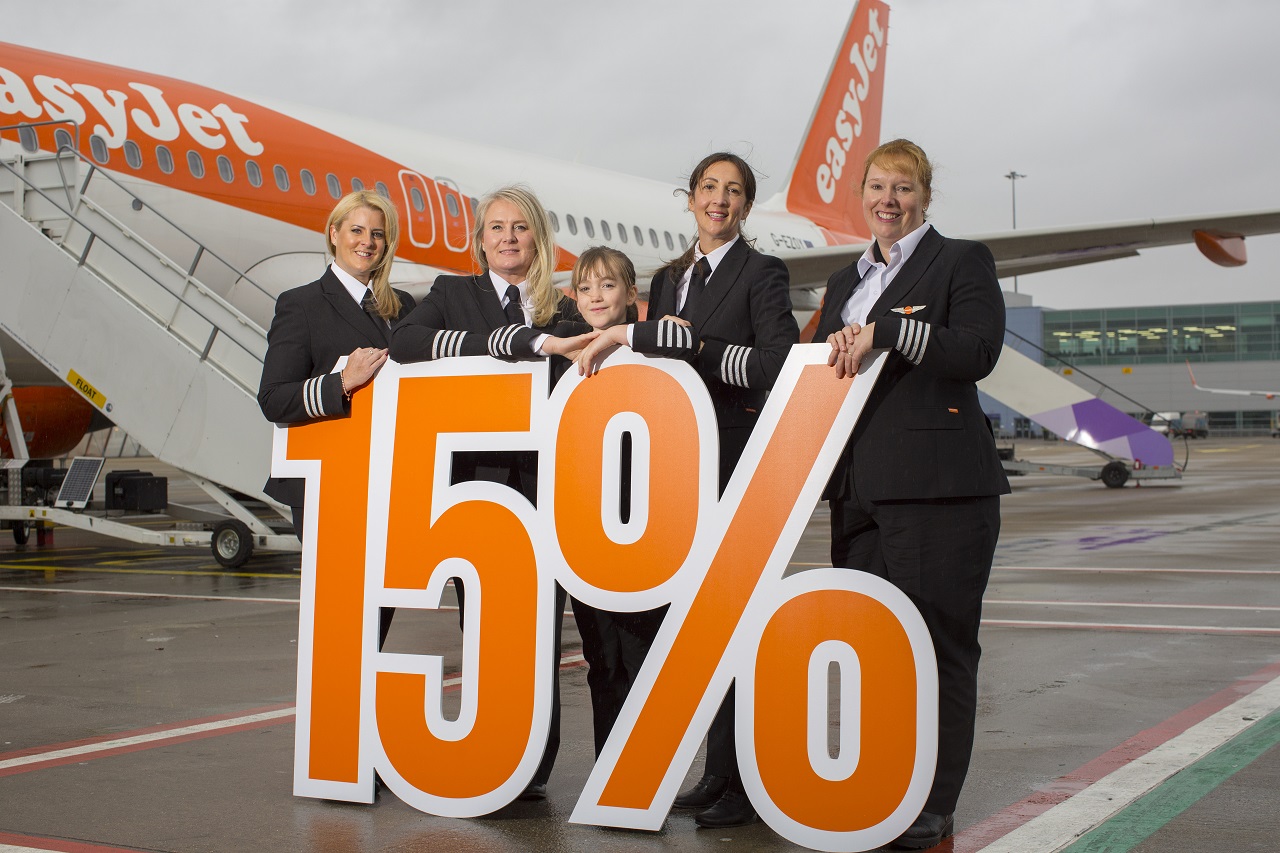 It comes at a time when only 5% of all pilots worldwide are female, according to the International Society of Women Airline Pilots. Of that, just over 450 of them have achieved the rank of captain — which means that almost every female commercial airline captain could fit onto an A380 aircraft.

When we launched the initiative to attract more women into a career as a pilot in October 2015, women only made up 6% of easyJet’s new pilot intake. As a result of the campaign in 2016, easyJet had doubled the intake to 12% and has been increasing ever since towards its ambitious target of 20% by 2020. When we set out the goal we expected that 20% would equate to 50 female pilots, owing to our growth, we have attracted more than 50 female pilots this year and now have more than 200 female pilots flying for easyJet.

– It’s hugely encouraging to now see that of the new entrant pilots we have attracted over the past year that 15% are now female and that the ambitious goal of 20% is in our sights and we don’t plan to stop there! We continue to work hard to encourage more women to join this hugely rewarding profession and from a starting point of 6% in 2015 to 15% this year is a real achievement”.

– As well as encouraging applications from women now, we also recognise we need to start young so that we can be simultaneously changing perceptions of the career and so improving the gender balance of the profession for years to come. That is why our pilots have completed more than 100 school visits last year and we signed up to sponsor the Girlguiding Aviation badge for Brownies to get girls interested in flight at an early age”.

– I firmly believe that no other airline is doing more on this issue.”

– The BWPA are delighted that easyJet are maintaining the momentum in encouraging women to consider a career in aviation. Also to see that their Amy Johnson Initiative is beginning to show results. Their pilots continue to support our outreach work to encourage young people, male and female, to raise their aspirations and to change the perceptions of teachers and parents to realise that becoming a pilot is an achievable and rewarding career, whatever gender. With the global shortage of pilots there is no better time for airlines to realise that by encouraging women to apply they are expanding their recruitment pool to recruit the best person for the role, as evidence and history clearly shows that being a pilot is not a male prerogative.”

Earlier this year Captain David Morgan, Director of Flight Operations at easyJet, was named as an ’Agent of Change’ by Management Today and the Women’s Business Council for leading real transformation at easyJet and in the aviation industry through easyJet’s Amy Johnson Flying Initiative.

In FY19 easyJet will recruit 460 new pilots to meet record demands for the airline for a third consecutive year, as its European network continues to grow. Opportunities range from cadet pilots starting their career to experienced co-pilots and captains from other airlines and the military.