Airbus, Indigo Partners’ four portfolio airlines have signed a Memorandum of Understanding for the purchase by the four airlines of 430 additional A320neo Family aircraft. The aircraft will be allocated among the ultra low-cost airlines Frontier Airlines (United States), JetSMART (Chile), Volaris (Mexico) and Wizz Air (Hungary) upon the completion of final purchase agreements between Airbus and the four airlines. 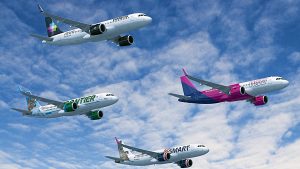 When added to existing Airbus A320 Family orders, the new agreement will make Indigo Partners one of the largest customers by order number in the world for the Airbus single-aisle aircraft family. Airlines in the Indigo Partners family previously have placed orders for 427 A320 Family aircraft. 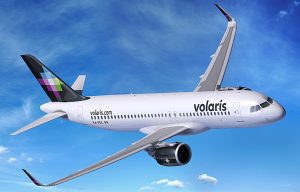 Volaris are based in Mexico (photo by dreamstime.com)

– This significant commitment for 430 additional aircraft underscores our optimistic view of the growth potential of our family of low-cost airlines, as well as our confidence in the A320neo Family as a platform for that growth, said Bill Franke.

– Our airlines know that a great aircraft coupled with a great business plan will create value for our customers. We look forward to bringing comfort and low fares to more passengers around the world as Wizz Air, Volaris, JetSMART and Frontier continue to expand.” 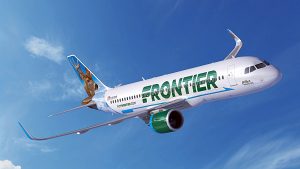 Frontier are based in the U.S. (photo by dreamstime.com)

– Indigo Partners have been a tremendous customer and supporter of the Airbus single-aisle fleet for many years. An order for 430 aircraft is remarkable, but it’s particularly gratifying to all of us at Airbus when it comes from a group of airline professionals who know our products as well as the folks at Indigo Partners do. We are proud to augment their airline fleets in Latin America, North America and Europe with the single-aisle aircraft that offers the lowest operating costs, longest range and most spacious cabin: the A320neo Family.” 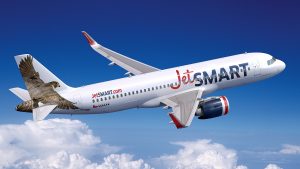 JetSmart are based in Chile (photo by dreamstime.com)

Indigo Partners’ Bill Franke indicated that engine selections will be made and announced at a later date. 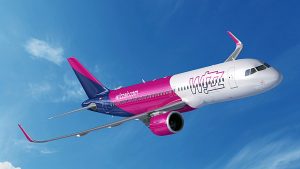 Wizz Air are based in Budapest, Hungary (photo by dreamstime.com)

The A320neo Family incorporates the very latest technologies, including new generation engines and Sharklet wing-tip devices, which together will deliver 20 percent fuel savings by 2020. With more than 5,200 orders received from 95 customers since its launch in 2010, the A320neo Family has captured nearly 60 percent market share.

Indigo Partners LLC, based in Phoenix, Arizona, is a private equity fund focused on worldwide investments in air transportation. 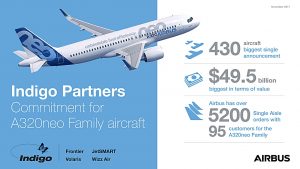