Compared to January 2016, KLM transported 8.6% more passengers against a 6.2% capacity increase. Load factor grew by 1.1 percentage point. Similar to last year, the strongest growth came from the European market where KLM is working harder than ever to regain its market share, for instance, by adding new destinations. This included the entry into London City Airport. 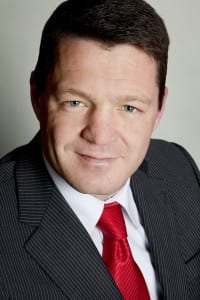 – KLM Group’s January’s traffic and transport figures show a good start to the new year. KLM’s upward trend in 2016 is continuing into 2017. For the first time in its history, KLM passed the 30-million-passenger mark in 2016. We aim to pass 32 millionÂ passengers on the KLM networkÂ in 2017. And with Transavia’s help, we expect to see the KLM Group pass around 40 million passengers, said Pieter Elbers – KLM President & CEO.

KLM also continues to renew the KLM Cityhopper fleet. The airline just took possession of its fifth Embraer 175 and plans to increase the number to fifteen. Transavia also showed also a very considerable growth in January. The decrease in service at KLM Cargo slowed in January compared to the 10% average across 2016. It now stands at 4.9%, below that of January 2016 against a reduced capacity of 1.6%.