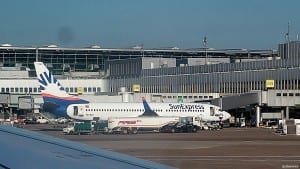 – We’re happy to announce that Norwegian is launching new routes in Germany to several popular destinations in Spain. We hope and believe that even more Germans will enjoy flying in our brand new and more environmentally friendly fleet of Boeing 737-800 aircraft with free WiFi on board, said Chief Commercial Officer Thomas Ramdahl of Norwegian.

– Norwegian’s decision for Düsseldorf is an indicator of the significance and strength of our Rhine-Ruhr Region. The addition of another strong European carrier means that our network of airline partners is growing and becoming even stronger. This expands our route portfolio with great perspective, as the engagement of Norwegian in Düsseldorf is meant to be the beginning of a close partnership. We are already talking about adding more routes and the stationing of airplanes in Düsseldorf.”

– We are pleased to extend out low-cost segment at Hannover airport with our new airline partner, Norwegian. Norwegian is a very successful brand that will give us the potential for further growth and the new routes will make our summer schedule even more attractive.”

Norwegian’s new route launches in Germany are as follows:

Gratis aktiviteter for barnefamilier i Lisboa