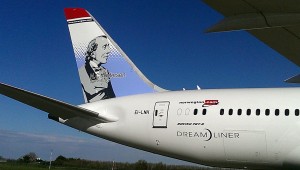 – We are adding direct service from Las Vegas to Oslo thanks in large part to the great performance of our Stockholm and Copenhagen flights. Before launching the service this past November, there were no direct flights from this U.S. city to Scandinavia,” said Norwegian’s Chief Commercial Officer Thomas Ramdahl.

– At Norwegian, our goal is to make travel affordable for everyone, and with low fares and friendly service we continue to receive an immense response to our transatlantic destinations. Beyond these three nonstop destinations, we can now offer Nevadans seamless and affordable connections to almost all of Europe.”

– Last fall, Norwegian set out on a path that connected our community with two fantastic European markets that had never previously enjoyed the convenience of nonstop service to Las Vegas. Travelers on both sides of the Atlantic responded enthusiastically, and I’m confident Norwegian’s forthcoming Oslo flights will become just as popular as its excellent service from Stockholm and Copenhagen has been,” said Rosemary Vassiliadis, Director of Aviation for Clark County, Nevada, which owns and operates McCarran International Airport in Las Vegas.

– We are thrilled to see our partnership with Norwegian continue to expand, connecting Norway directly to Las Vegas for the first time,” said Cathy Tull, Senior Vice President of Marketing for the Las Vegas Convention and Visitors Authority.

– With this new route to Las Vegas, we are anticipating more than $14 million in annual economic impact and direct visitor spend. The new accessibility will introduce Las Vegas to millions of potential visitors and help our goal of increasing international visitation over the next decade.”

Las Vegas to Oslo flights will operate on Mondays and are now available for purchase at norwegian.com/us with fares starting as low as $179 one-way, including taxes.

Norwegian also recently announced the launch of seven additional long-haul routes: Boston-London on March 27; Boston-Oslo on April 2; Oakland/San Francisco-London on May 12; Boston-Copenhagen on May 17; New York-Paris on July 29; Los Angeles-Paris on July 30; and Fort Lauderdale-Paris on August 4. In total, Norwegian offers 38 nonstop routes from the U.S.

All transatlantic flights are operated on the Boeing 787 Dreamliner, one of the world’s most modern and eco-friendly fleets. Last year, Norwegian was named the most fuel-efficient airline on transatlantic routes by the International Council on Clean Transportation.