Norwegian has launched its third daily flight from New York’s John F. Kennedy International Airport to London’s Gatwick Airport to meet increasing demand. Offering more convenience and connectivity with even more competitive fares in both Economy and Premium, this route is the most popular among business and leisure travelers, including families. 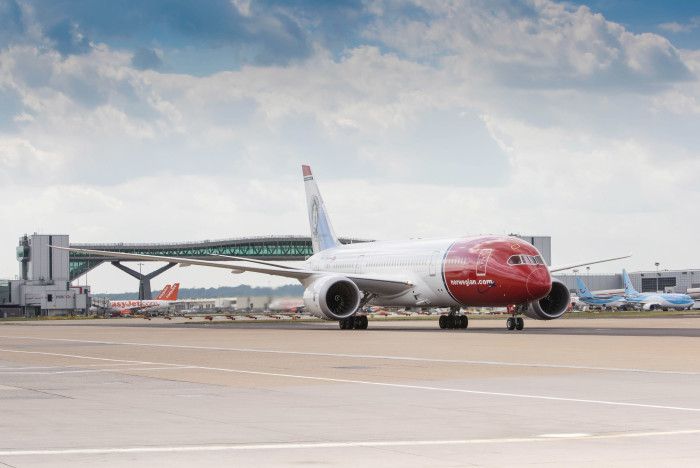 – Our London nonstop routes from the U.S. are the backbone of our transatlantic operations. The demand continues to surge with consistently affordable fares and an award-winning in-flight experienceâ€”driving more first-time travelers to Europe than ever before, as well as increased repeat passengers. From London, our customers can connect to over 20 other incredible destinations in Europe,” said Matthew Wood, Senior Vice President Long-Haul Commercial at Norwegian.

Travel from the United States to UK continues to grow overall and 22% of all traffic in 2017 originated from New York.

– The United States is the UK’s most valuable inbound visitor market for tourism spending and an incredibly important market for VisitBritain. Last year saw 3.9 million visits from the U.S. to the UK, up 13% on the previous year. We want to build on the strong growth and making it easier to travel to Britain through increasing route connectivity and airline seat-capacity is a crucial part of our competitive tourism offer, so we are excited to see Norwegian add its third daily flight, making it easier for more visitors from the U.S. to book a trip right now,” said VisitBritain Executive Vice President, Americas, Gavin Landry.

Norwegian operates 14 routes from the U.S. to London and the UK. Norwegian offers 57 nonstop routes to Europe and the French Caribbean from the U.S. with one of the youngest fleets in the industry. A mark of this rapid growth, the airline has become the largest foreign airline to serve New York City with 1.75 million passengers in one month flying to and from Europe according to the most recent traffic report by Port Authority of New York and New Jersey.