Norwegian today reported its first quarter earnings for 2018 with a result of NOK -46.2 million (- Â£4.16 million). The quarter was characterized by international expansion, strong passenger growth and higher fuel cost. A successful private placement of shares was completed this quarter. 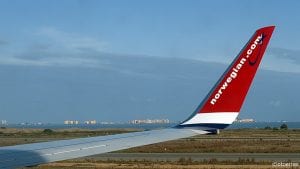 The net result was NOK -46.2 million, compared to NOK -1,491.5 million the same quarter previous year. The net result this quarter is positively affected by a financial gain from reclassification of the investment in Norwegian Finans Holding of NOK 1,940 million.

The airline carried 7.5 million passengers in the first quarter, an increase of 12 per cent. The capacity growth was 36 per cent and the load factor was 84.5 per cent. 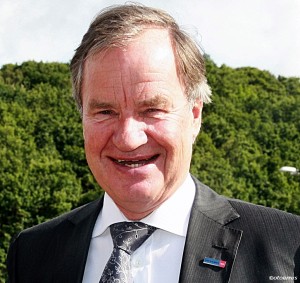 Norwegian has grown rapidly during the past years, expanding international traffic and adding new bases, destinations and markets to its portfolio. Consequently, making the U.S. the market with the strongest growth.

– In this quarter, we in particular see the effects of higher fuel costs. At the same time, we have doubled our fleet of Dreamliners and still manage to fill the aircraft, attracting more customers both in new and more established markets. Our long-haul operation is now well established, proving that customers want affordable fares on intercontinental routes,” said CEO Bjørn Kjos.

Norwegian’s global growth strategy will provide economies of scale and lower unit costs. During the first quarter, unit cost including depreciation and excluding fuel fell by 5 per cent.

The company successfully completed a private placement of NOK 450 million in the first quarter.

– Norwegian has been through a long period of strong growth which will reach its peak by the second quarter this year. Going forward, additional capital will boost competitiveness and protect existing and future investments in a market characterized by higher oil prices and fluctuating currencies, Kjos said.

Norwegian took delivery of six brand new Boeing 787-9 Dreamliners and two brand new Boeing 737-800 aircraft this quarter. The company started operating flights from Paris to Denver and Oakland/San Francisco, and from London to Chicago and Austin, as well as from Rome to Oakland/San Francisco. The company also entered into an interline agreement with Widerøe, a regional carrier in Norway, this quarter.

– The cooperation with Widerøe has been well received in the market and the number of bookings continue to increase, said Kjos.

Going forward, the company is in the process of divesting up to 140 aircraft, including future deliveries, through replacement of older planes as well as possible sales or transfers into a leasing structure. The company will also review strategic opportunities for the loyalty program Norwegian Reward.

Norwegian has received several inquiries following IAG GroupÂ´s announcement of its acquisition of 4.6 per cent of the shares in the company. The Norwegian Board of Directors has established a steering committee and engaged financial and judicial advisors to review the situation, handle relevant inquiries and to safeguard the interests of all shareholders.