The early success of the airline’s second gateway to Morocco was underpinned with an announcement that Qatar Airways will soon be de-linking its current Casablanca-Marrakech routeÂ to serve each city directly and will be increasing to a daily frequency to Marrakech in the near future, likely to be served by a Boeing 787 Dreamliner. 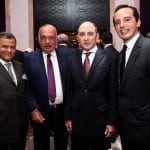 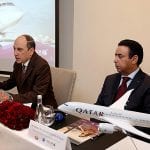 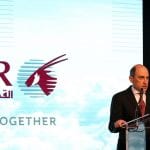 In its first year of operation the joint business agreement between Qatar Airways and Royal Air Maroc introduced passengers to a seamless travel experience connecting West Africa, the Middle East and Asia, with a code-share partnership offering access to 50 destinations across both carriers’ combined networks. Both airlines provide shared frequent flyer benefits and have aligned terminal operations at Casablanca. Services to the city of Marrakech were added to the joint business agreement in July 2016, further supporting the success of the partnership.

Travellers will soon be able to enjoy even more options as Qatar Airways today announced a number of frequency increases between Doha, Casablanca and Marrakech. From 15 December 2016, Royal Air Maroc will increaseÂ flights between Doha and Casablanca to four times weekly,Â and from 5 January 2017Â Qatar Airways will also add a fourth weekly flight to Marrakech ahead of daily services commencing. From 4 April 2017, Royal Air Maroc will add an additional service to the Casablanca-Doha route, taking the number of weekly return services to five.

– I am very pleased with the performance of our joint business agreement with Royal Air Maroc. Since launching last year, we have seen consistently strong demand on services to and from Morocco. This growth was further supported by the recent addition of Marrakech to our network in July of this year. The increased frequencies between Doha and Casablanca and Marrakech will offer our passengers even more flight options meaning more convenience for global travellers.