Three months after the start of operations, Qatar Airways announces plans to introduce its modern and spacious Dreamliner 787 aircraft to the Finnish market on 16 September 2017 in order to meet rising passenger demand.

The 254-seater B787 aircraft will increase Qatar Airways’ current daily capacity by 92 per cent on this route to meet the growing travel and trade demand, connecting Helsinki-based passengers to more than 150 destinations globally. Qatar Airways started daily operations out of Finland on 10 October 2016. With the introduction of the Dreamliner 787 on the Helsinki route, Qatar Airways now serve the entire Nordic Region with a modern and consistent fleet and further strengthens Qatar Airways’ position as the airline from the Middle East with the greatest presence in the Nordics. 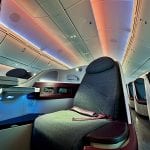 — There has been a high demand ever since we started flying from Helsinki last year. Ten years ago we started flying to the Nordics, which is a market that is important for Qatar Airways globally. The upgraded flights from Helsinki give us the opportunity to offer even more seats from the Nordics, which opens up for Nordic tourism and business opportunities in our global network. Also, this gives members in the oneworld alliance access to yet another hub, says Christian Deresjö, Qatar Airways Country Manager Scandinavia, Finland and Baltic States.

Qatar Airways’ Boeing 787s provide a superior experience with spacious cabins and custom-made seats in both Business and Economy Class. The aircraft features 254 custom-made seats across its Business and Economy Class cabins with specially designed interiors. Business Class is configured in a 1—2—1 layout with 22 seats, while Economy has 232 seats in a 3—3—3 layout. All seats feature individual television screens and on board WIFI, with Business Class seats reclining into a fully flat bed. 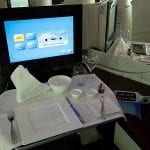 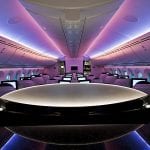 When transiting through Qatar Airways’ 5-star hub, Hamad International Airport in Doha, passengers travelling from Helsinki can enjoy a comfortable and efficient transit. The luxurious and modern airport has more than 40,000 square metres of retail space and restaurants including more than 70 retail and 30 food and beverage outlets, as well as a 25-metre swimming pool, gym, hotel and spa. Premium passengers can also enjoy resting in two award-winning lounges — the Al Safwa First Lounge and the Al Mourjan Business Lounge. The former is the first world’s first airline lounge to be accorded the Seven Star First Lounge Award by the Seven Stars Luxury Hospitality and Lifestyle Awards, famed as the â€˜Oscars of Luxury’.

For travelers who would like to turn their transit into a stopover experience, they can also take advantage of the new 96-hour transit visa offered in partnership with the Qatar Tourism Authority. Transiting passengers can explore the various highlights Doha has to offer — from the world-renowned Museum of Islamic Art to the Katara Cultural Village or desert safaris to bustling and cosmopolitan city scape.