Qatar Airways is pleased to announce the launch of direct flights to Penang, the award-winning airline’s second Malaysian destination, on 6 February 2018, as part of its ambitious global expansion plans. 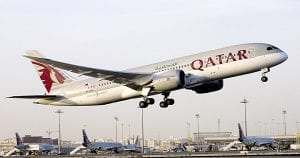 In addition to its beautiful sandy beaches and stunning natural scenery, Penang is considered to be the gourmet capital of Malaysia. From street food to fine dining, visitors will be spoilt for choice with the variety of dishes available, with influences ranging from Malay to Chinese; Indian to European.

– Malaysia has long been one of our most sought-after destinations, and as such, we are delighted to launch a new direct service to Penang, offering our passengers a second gateway into the country. With three weekly flights between Doha and Penang, we are sure travellers to this exotic holiday destination will be enchanted by both Penang’s magnificent natural scenery and our unrivalled five-star onboard service.” 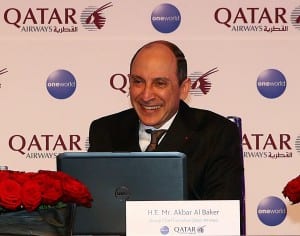 The award-winning airline first launched service to Malaysia in December 2001, and currently operates a triple-daily service to Kuala Lumpur, the Malaysian capital.

As part of its continued expansion in Asia, the airline also recently announced the addition of extra services to the Thai city of Krabi, as well as to the Vietnamese cities of Ho Chi Minh City and Hanoi, to commence in December 2017 and January 2018, respectively.

Qatar Airways will be adding many more exciting destinations to its network in 2017 and 2018, including Canberra, Australia; St. Petersburg, Russia and Cardiff, UK, to name a few.

The national carrier of the State of Qatar is one of the fastest-growing airlines operating one of the youngest fleets in the world. Now celebrating its twentieth year of operations, Qatar Airways has a modern fleet of more than 200 aircraft flying to business and leisure destinations across six continents.

The award-winning airline has received a number of accolades this year, includingÂ Airline of the YearÂ by the prestigious 2017 Skytrax World Airline Awards, which was held at the Paris Air Show. This is the fourth time that Qatar Airways has been given this global recognition. In addition to being votedÂ World’s Best AirlineÂ by travellers from around the world, Qatar’s national carrier also won a raft of other major awards at the ceremony, includingÂ Best Middle East Airline,Â World’s Best Business ClassÂ andÂ World’s Best First Class Airline Lounge.