SAS has just carried out its largest expansion in its 70 year history to and from the US. With a direct route between Stockholm and Los Angeles and a further 10 direct routes between the United States and Scandinavia, SAS is sponsoring the music festival Stockholm CA. 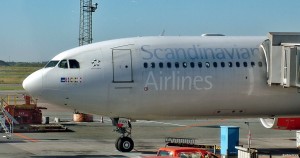 Swedish culture — music, art, film, TV, gaming and design — continues to be prominent globally, with more than 4.5 million Swedish descendants in the United States (of which about 500,000 live in California), and an ever increasing number of Swedes moving to the US, Swedish and American culture is more intertwined than ever before.

SAS’s biggest ever expansion into the US and Asia

SAS completed its biggest expansion in the US and Asia, recently opened two direct routes between Scandinavia and Miami now flies to the following destinations in the United States; New York, Chicago, Washington, Los Angeles, Boston, San Francisco and Miami.