The Swedish pilot union has called 400 members on short haul flights out on strike. Both domestic and European flights from Sweden are cancelled, affecting many thousand passengers. Long-haul flights from Sweden to the US will continue to proceed as planned. The strike breaks out after that the pilot association has rejected the mediators’ proposal for an agreement. 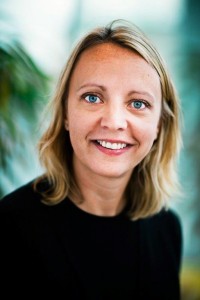 The negotiations which started already back in April has yet to reach a solution despite the fact that SAS has offered a contract on par with the agreement for the Norwegian pilots concluded yesterday. Instead of continuing the dialogue, SPF in Sweden has chosen to call 400 pilots out on strike, which causes a large number of canceled flights from and to Sweden. For the past couple of weeks, negotiations have continued with the help of mediation, but the parties have not reached an agreement.

– It is deeply regrettable that our customers are affected by this conflict. We have been responsive to the pilot association’s requirements and offered a contract in line with the Norwegian pilot agreement. Despite this, the pilot association chose conflict. Our top priority now is to take care of those passengers affected by the strike and help them in the best possible way, says Karin Nyman, Vice President Communications, SAS.

SAS has accepted a number of the pilot association’s demands, such as a new salary scale, the salary review within the context of the framework of the central salary settlement in Sweden and changing leisure and part-time rules. At the same time, the draft agreement is in line with the agreement which the Norwegian pilots are subject to.

It is the pilots on domestic flights in Sweden and European short-haul flights who have been called out on strike. SAS-flights from Arlanda to Asia and the US are not affected. Approximately 40 flights are cancelled Friday evening, affecting 4000 passengers.

SAS is continuously updating its website with travel information and sending updates by SMS and email to passengers.

– We encourage all passengers to continuously monitor developments via our website or SAS social media and ensure to have up to date travel information before travelling to the airport.”