WhenÂ Pleasant Valley Wine CompanyÂ was founded in 1860, our country was a very different place. Founded not even â€œfour score and seven” years before, we were about to enter into the Civil War, where the state of New York â€” the Empire State â€” lost the most treasure and shed the most blood to keep us the United States. The end of the Industrial Age brought about developments in transportation â€” including trains and steamboats â€” and with that, the ability to haul the natural bounty of our land all around. The middle class, as well as the upper class, was growing rapidly. According to a study byÂ Oregon State, there were a little under 1,000 millionaires in a population of just over 31 million. 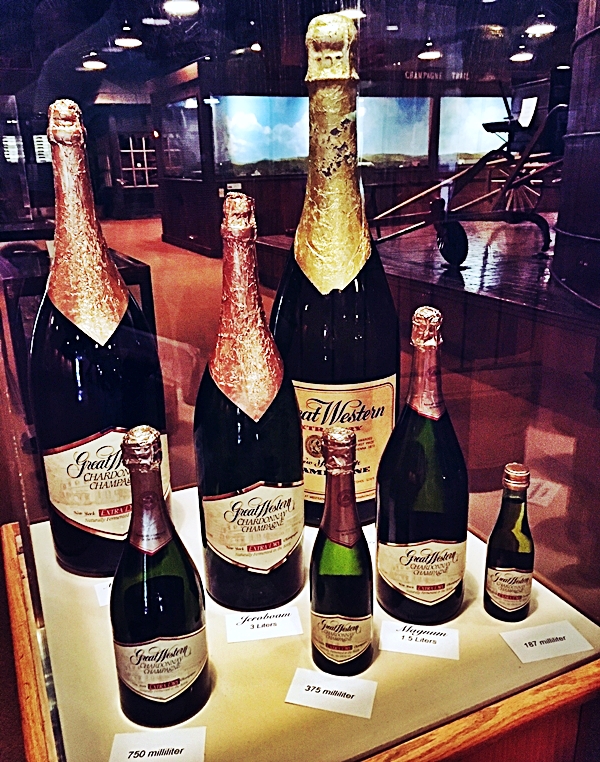 In 1871, a case of their champagne was sent to a bon vivant in Boston. He pronounced it â€œThe Great Champagne of the Western World” and thus, the brand name â€œGreat Western” was born. In my mind, this bon vivant probably had a waxed mustachio. But it was a marvelous thing to have champagne at home and in what was an expanding concept: restaurants! (picture: tamarmarcopolostyle .com)

There was clearly a thirst â€” if you’ll pardon the pun â€” for mass luxuries. But we still didn’t have the speed of airplanes or the safety of plastic packing materials. Products from abroad were still to be reserved for â€œthe robber barons” for decades to come. Americans wanted to toast ever-increasing success with their home-grown version of champagne and by gum, they were going to do it!

Pleasant Valley Wine is located in, Hammondsport, NY, in the heart of the Finger Lakes region. It’s nestled in what are New York’s share of the Appalachians. Beautiful! 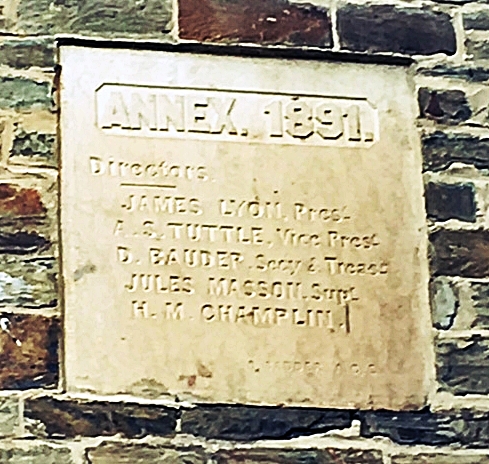 The first winemakers were Jules and Joseph Masson. For those of you of a certain age, yes . . . these were the guys who â€œwould sell no wine before its time”. (picture: tamarmarcopolostyle .com)

I first heard of Hammondsport from these vintage cocktail and canapes recipe booklets put out by one of the Pleasant Valley Wine brands, Taylor. There’sÂ Wines for Everyday Enjoyment,Â Dine with Wine,Â Come for CocktailsÂ andÂ Sparkling Hospitality.Â  I’ve had them for a very long time. The little cartoon drawings look like the the opening credits for Bewitched and perhaps some early Playboy marketing materials. When I was little, my mom looked like Elizabeth Montgomery. For most of my life, the only alcohol I ever saw my mom drink was their cream sherry . . . though I will admit that she seems to have recently discovered margaritas, or what she calls â€” in some mashup of Norman English, maybe? â€” â€œmargueritas”. 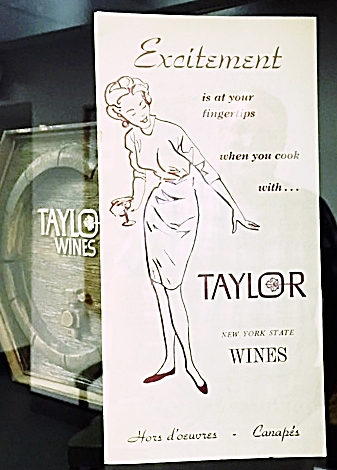 As for the Playboy-looking cads, my dad was a friend of Hugh Hefner and a member of the original Playboy Club in Chicago. I just figured years ago, the edicts in the little recipe booklets must be true: that serving canapes made with Taylor wines, even those incorporating wine-marinated Vienna sausages (!), would make your parties swingin’, you would have pearls and big poufy hairdos, you’d be so popular and get a good husband. I don’t have an older sister, so I took my lessons where I could. I certainly pegged Hammondsport as a well-heeled, elegant place that appreciates the finer things in life . . . and visiting it, I can see that I was exactly right! 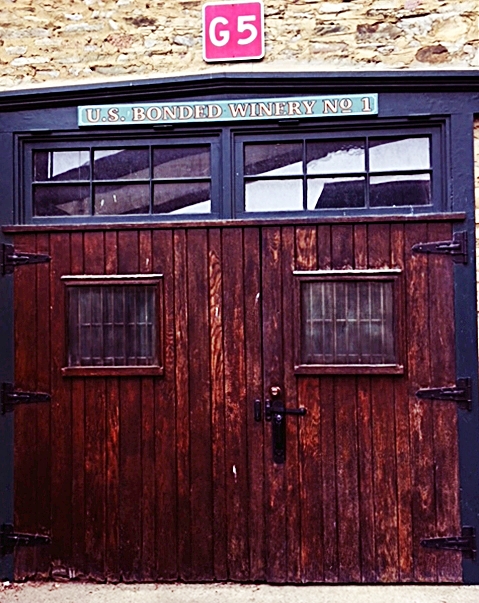 It’s interesting that even the 1860’s buildings hearken back to a Middle Ages feeling. Well, it’s more than just a feeling . . . in one of the older executive tasting rooms, there’s an English walnut cupboard dating from 1637! 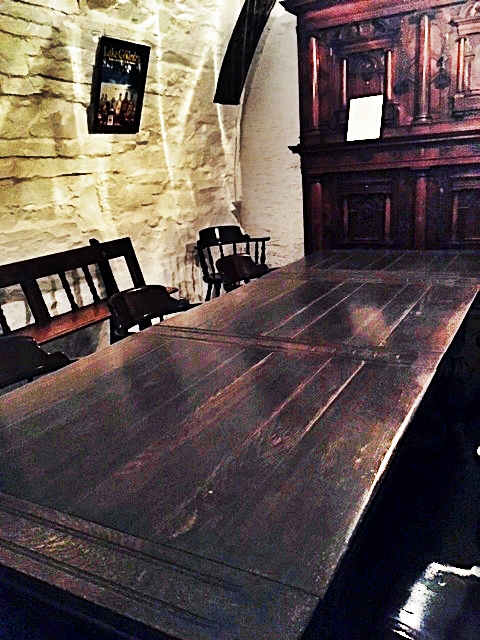 So, Pleasant Valley is still a strong brand, as well as crafting wines for other labels. They even make Nicki Minaj’s Myx Concord! It’s a fizzy, grapey beverage. Don’t tell Cardi B.

I tried the classic Great Western Brut American Champagne, which they describe as having nuances of toastiness with subtle fruit characteristics of citrus, apple and pear. It’s not bone dry, but you could certainly enjoy it with smoked salmon and caviar canapes. 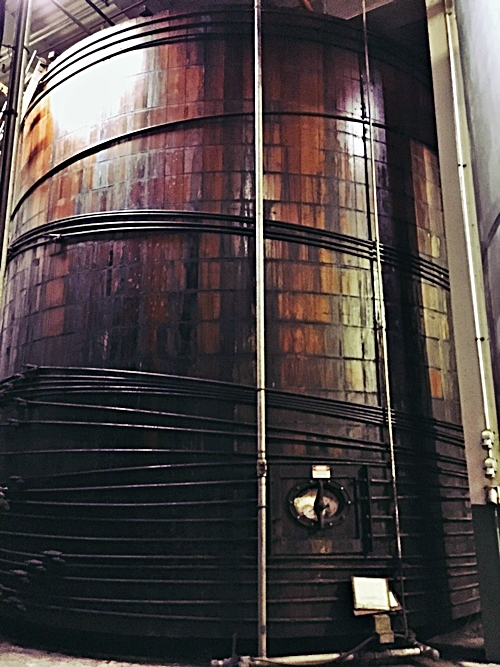 Though Pleasant Valley makes several types of wines and fortified wines, it’s still edited down from their early days when they seemed to makeÂ everything. Now, even though New York State is able to grow some more sophisticated grapes than the native wild vines, no place on earth can growÂ everything. But, in that egalitarian spirit, they called wines that hinted at a type in Europe that name. So, that answered some long-held mysteries for me, such as the recipe booklets that recommended poaching a fish with a bottle of Sauternes. I mean, the French stuff costs a fortune! The Pleasant Valley Sauterne has wine from Chardonnay, Niagara and Delaware grapes. Clearly, it has a more American flavor, but still gives us an opportunity to drink something that would also go well with the same foods that the French stuff does.

You may laugh, but I really enjoyed Chocolate Lab, their native lambrusca with chocolate flavoring dessert wine. I bet even the gigglers among you would stick out your glasses for refills.

I also tried something I had never heard of: Pleasant Valley Vanilla Cream Sherry. This would be a must-have in the house to dress up a simple dessert like cut fruit or vanilla ice cream when company shows up. 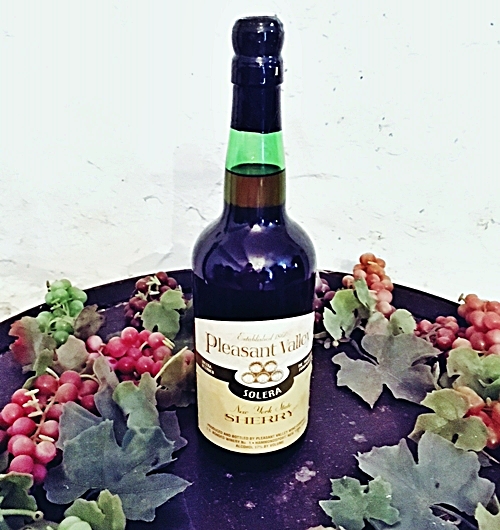