Wizz Air has announced a new route from its Katowice base. Starting 31 October, WIZZ will operate two flights per week, on Mondays and Fridays, from Katowice to Dubai World Central Airport in the United Arab Emirates. 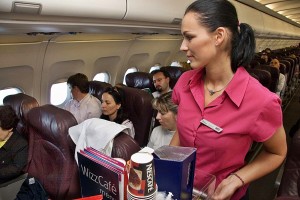 Wizz Air was the first airline operating flights to Dubai World Central in 2013. The airport is designed to become the main aviation center in the region and is expected to become one of the world’s busiest airports in the next decade.

Since its first flight in 2004, Wizz Air has constantly expanded its operations in Katowice. The airline has now five aircraft based at Katowice Airport employing some 200 dedicated crew, who deliver excellent onboard service on each WIZZ flight. In 2015 Wizz Air carried more than 1,5 million passengers on its low fare Katowice routes supporting over 1000 local jobs.

With its newest Dubai service, Wizz Air now offers a total of 127 routes to 22 countries from its eight Polish airports. Seats on the new route are already on sale and can be booked on wizzair.com from only PLN 199 / EUR 49.99*.

-Â We are delighted to add another attractive route to our ever growing Poland network. From 31 October WIZZ will connect Katowice with Dubai and we are sure that this new service will be welcomed by our customers who can now enjoy a very popular all year round holiday destination with our everyday low fares. Seats on our new Dubai route are already on sale from just PLN 199 / EUR 49.99*on wizzair.com. Our friendly Polish crew looks forward to welcoming you on board with a smile!”